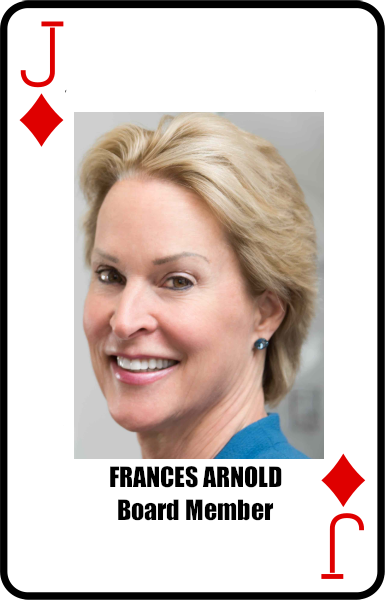 Frances Hamilton Arnold is a member of the Board of Directors at Google’s parent company Alphabet Inc. As a board member she plays a limited yet influential role at the company. In this article we will summarize what we know about her professional career and personal life.

According to ChemistryViews.org, “Arnold studied mechanical and aerospace engineering at Princeton University, USA, and received her Ph.D. in chemical engineering from the University of California, Berkeley, USA, in 1985.” After that she embarked on a career of academic research before eventually becoming a professor. Today she is the Linus Pauling Professor of Chemical Engineering, Bioengineering and Biochemistry at Caltech.

Arnold won the 2018 Nobel Prize in Chemistry for something described as “the directed evolution of enzymes,” which she had been working on since the early 1990s (source: Caltech). The directed evolution of enzymes is described as “a bioengineering method for creating new and better enzymes in the laboratory using the principles of evolution.” Those enzymes are then used instead of toxic chemicals in laboratories and factories that produce laundry detergent, biofuels, medicines, and more.

In 2019 she was appointed to the Board of Directors at Google’s parent company. Appointments such as hers are largely honorary for the sake of adding prominent people to the company without requiring them to actually do anything. She does serve on their Nominating and Corporate Governance Committee, but their duties primarily involve nominating other potential board members which does not happen often.

Arnold’s personal life is marred by tragedy. Her first husband died of cancer in 2001, her second husband committed suicide in 2010, and one of their sons died in a car accident in 2016 (source: NBC News). She herself is a breast cancer survivor.

That address is in the same city listed as her place of residence on Wikipedia.

Frances Arnold is a smart and influential person at Google. She might not be in charge of search directly, but if she were to point out that recent changes run contrary to the company mission statement people would listen.