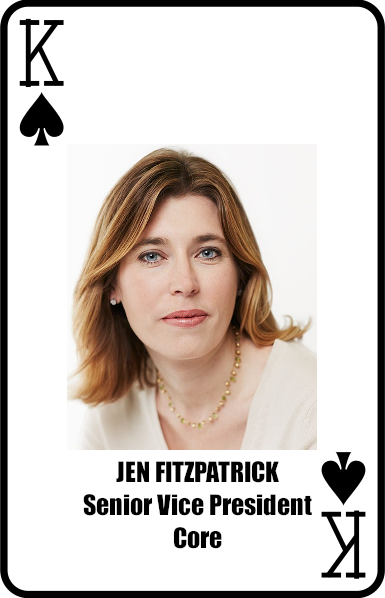 Jennifer McGrath Fitzpatrick is a senior vice president at Google in charge of core systems and experience. She is one of 15 executive who report directly to CEO Sundar Pichai. In this article we will chronicle her career and conclude with the results of a background check.

Fitzpatrick is a true company woman whose spent her entire professional career at Google. She began as an intern in 1999 while attending Stanford University. She was officially hired shortly thereafter and Marissa Mayer became her mentor.

Mayer and Fitzpatrick began a crusade to improve gender diversity. A difficult task because as one former Google employee explained, “I’m simply stating that the distribution of preferences and abilities of men and women differ in part due to biological causes and that these differences may explain why we don’t see equal representation of women in tech and leadership.” That employee, James Damore, was later fired just for pointing out why most women are less compatible with the tech industry than men. Years earlier, Mayer and Fitzpatrick introduced a policy that required every job candidate to be interviewed by at least one female executive. This was likely an effort to increase the number of women working at Google using a form of reverse sexism that favors hiring less qualified candidates for the purpose of improving diversity. It sounds like the type of authoritarian discrimination Damore was talking about when, “all differences in outcome are due to differential treatment and the authoritarian element that’s required to actually discriminate to create equal representation.” That authoritarianism manifests itself in many ways at Google today.

Eventually Fitzpatrick oversaw the development of Google Maps and Google Earth. Under her watch Google Maps evolved from simply helping people navigate the world to giving everyone the tools they need to become a full blown peeper.

These days she seems to have shifted her focus toward improving the user experience. She patented the current graphic user interface used by Google’s search engine.

Our background check did not reveal much besides a current address and voter registration. The voter registration lists her as non-partisan. That address is 809 Irwin Ct., Hillsborough, California 94010. The property was purchased in 2009 for $5,300,000.

As you can see, Fitzpatrick designed Google Maps and Google Earth so that we can zoom in close and peep through her windows from anywhere on the planet. Fortunately for her it appears that her drapes were closed when the Google car drove by. Totally not creepy since we are just using her product as she designed it to be used.

Someone should set her up on a blind date with Edward Snowden. They both have plenty of life invading experience and maybe Snowden could convince her that she has a problem.